It’s a very happy moment for Rob Lowe fans everywhere!  The SKECHERS celebrity family has increased.  It’s no joke, after a 15 year hiatus, Rob Lowe is back … and he looks even more fantastic than he did then!!

The iconic actor returns for a new Men’s Footwear campaign and I’m excited to share the news with you!  For those of you that don’t know, Rob helped to introduce SKECHERS’ dress casual collection to the world in 2001 and today his appeal crosses the many generations who wear SKECHERS’ footwear. “He was a perfect fit for SKECHERS then and he is the perfect fit now.” said Michael Greenberg, president of SKECHERS. “Rob is extremely talented and loved by fans everywhere so it’s a thrill to be working with him again. We know he’ll be a great face for our comfortable and stylish men’s footwear collections—and amazingly it’s like he hasn’t aged a day since his initial SKECHERS campaign!”

SKECHERS lifestyle footwear collections for men span a wide selection of trendy, casual and sporty styles featuring innovations such as SKECHERS Air-Cooled Memory Foam for long-lasting comfort. Styles from the SKECHERS men’s collection are available in SKECHERS retail stores as well as department stores and footwear retailers around the globe.

I picked up a pair for a close friend, and I this he’s going to rock it!  What do you think? 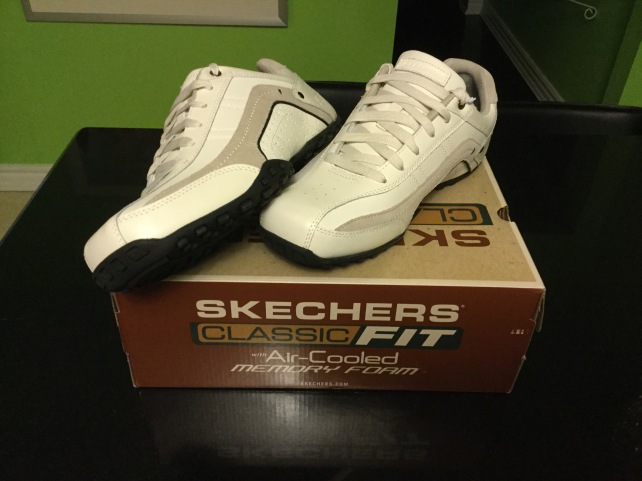 You can check out SKECHERS footwear collection here.  You won’t be disappointed.

One thought on “Rob Lowe Returns to Skechers #SKECHERS #ad”