THIS GIVEAWAY HAS ENDED

The final installment of The Hobbit is here! Warner Bros. is proud to bring you the Blu-Ray release of The Hobbit The Battle of The Five Armies! Mouse over the Interactive map of Middle-Earth and take the quiz to find out if you’re Brave like Bilbo! 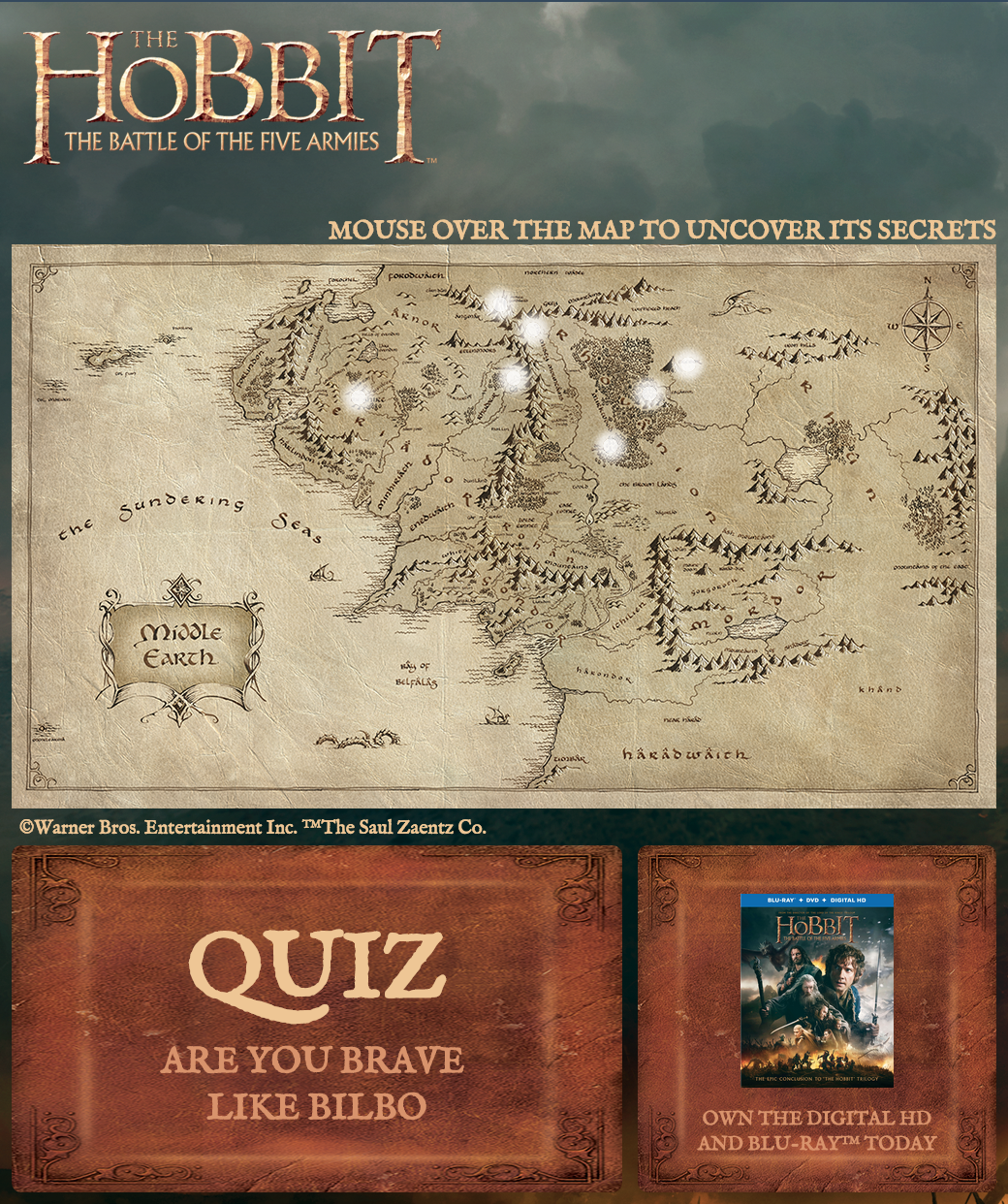 About The Hobbit: The Battle of the Five Armies Blu-Ray

Special Features on the Blu-Ray combo pack include:

Own it on Blu-ray NOW!

A behind-the-scenes look at New Zealand:

You will LOVE The Hobbit The Battle of The Five Armies App:

• Are you Brave like Bilbo? Take the quiz to find out if you have the bravery it takes to journey through Middle Earth!
• Mouse over the Interactive Map to learn fun facts about Middle-Earth.
• Watch the official trailer & click the box art to bring the film home today!

PRIZE:  a Blu-Ray copy of The Hobbit The Battle of The Five Armies to award one lucky reader!  [Giveaway open to the U.S. and Canada]

Only one entrant per mailing address per giveaway. If you have won the same prize on another blog, you will not be eligible to win it again. Winner is subject to eligibility verification.

Terms and Conditions:  Open to Canadian residents 18+ only (excludes Quebec) and to the U.S. Winner will be notified within 48 hours of the giveaway via email, and will be required to provide their full name, address and telephone number, so that Sponsor can mail out the prize.  By entering this contest you are accepting that, if you win, your contact information will be shared with a PR agency for the purpose of mailing your prize.  Please allow 4-6 weeks from the contest closure date to receive your prize.  [Please read entireTerms and Conditions]  All winners must be from within Canada or U.S.

This promotion is in no way sponsored, endorsed or administered by, or associated with, Facebook.

NOTE: My Bits and Bleeps will not be held liable for any potential loss, damage or undelivered status of the prize.

Disclosure:  Warner Home Video is providing the giveaway.  I have not received any compensation.  I am not obliged to give a positive review.  Any opinion(s) expressed is my own, and is given freely.  Any information acquired from Warner Home Video’s various social media formats has been authorized, and has been done so as to facilitate my post/review.